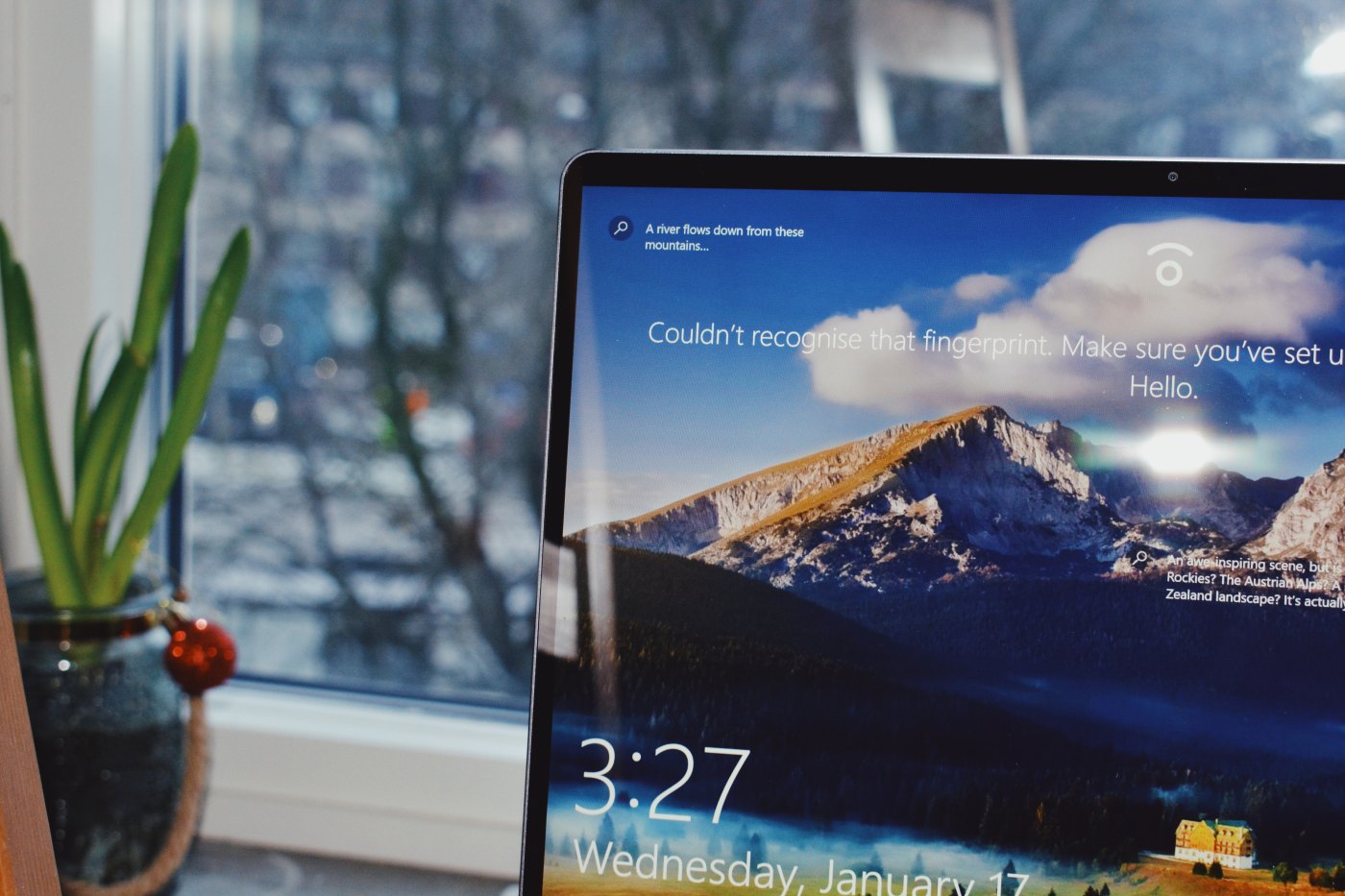 When Windows 10 was release in 2015, Microsoft Developer Evangelist Jerry Nixon said that Windows 10 would be the last version of Windows. The assumption was that Windows would be enhanced going forward with Feature Updates. Microsoft have been investing in new versions of Windows for foldable devices (Windows 10 X) in recent years, as well as for their large screen collaboration device Surface Hub. These are all based on Windows 10, but all have a significantly different look and feel to the desktop OS.

You can watch the announcement in the video in this post from Microsoft, but I will summarise the relevant points below.

The User Experience (UX) is based on the what has been announced for Windows 10 X, with a significantly changed start menu. This will be enough to put a lot of people off similar to how Windows 8 rattled so many people. However, the bigger issues is with the minimum hardware requirements as follows:

The full list was reported by Bleeping Computer here, which includes a wider list of specialised requirements for advanced features.

What’s going to get most people is the TPM requirement. Most desktop computers (largely used in companies when in the office) will not support a TPM, or at the very least will be disabled in the BIOS or require an addon board to enable the feature. A lot of budget laptops do not come with a TPM, but most high end and professional devices should. This will have to change which means the low end budget PC’s will either disappear or cost more.

PC’s purchased by people to help out with the Pandemic for home schooling and working from home needs may not be in the high end bracket and will in all likelihood not be upgradable to Windows 11. My gut instinct is that Microsoft may be forced to relax this requirement for upgrades, at least for Windows 10 Home, to get the new OS adopted widely. However, no such announcement has been forthcoming from Microsoft at the moment.

PC’s built with CPU’s not on the compatibility list (e.g. earlier that 8th Gen Intel Core CPU’s) will not be able to upgrade. This is reasonable since these CPU’s will no longer be in production and coming to the end of their support from Intel and AMD. Microsoft have in past releases deprecated various CPU versions as they were no longer supported by the manufacturer.

These two requirements will limit the upgrade lifecycle.

However, these two requirements, together with the secure boot requirement, significantly improves the security rating of PC’s, providing a reduced cyber threat landscape. Hackers can already find ways to sidestep the secure boot process when exploiting vulnerabilities in the UEFI BIOS start-up process. It is likely that this will continue with a cat and mouse exercise with the security industry and the cyber criminals into eternity.

Why is not being able to upgrade an issue?

The last point is the most serious since any vulnerabilities discovered in the OS after this date will not be patched. Microsoft will probably provide paid support on a per PC basis for companies, but consumers will be left out in the cold. Microsoft have already demonstrated their resolve on this with Windows 7 having been retired on 14 January 2020, and Windows 8.1 retirement on 13 November 2023.

Microsoft normally commits to 10 years of support for any version of Windows. With Windows 10 released on 29 July 2015, we should have seen this coming.

We have effectively 4 years of support left for Windows 10 (as of writing), which will in all likelihood see most hardware built outside of the minimum hardware requirements consigned to the nearest recycling station (or in my case the loft).

For anyone who wants to be at the cutting edge, an expensive upgrade cycle may be required. This includes me as I want to be able to explore any new feature of the OS as it is released. I may buy an inexpensive laptop for this purpose.

If you want to see if your PC can be upgraded to Windows 11, you can download and install this tool from Microsoft which will run a compatibility checker on your hardware.

How will the update be delivered?

Windows 11 is being release at the end of 2021. My expectation will be that this will be for new PC’s built for Christmas 2021. However, this won’t mean you will be able to download and install it come January 2022. This will depend on a number of circumstances:

Microsoft have blocked some PC’s from being upgraded to various Windows 10 feature updates in the past based on the availability of current drivers that are compatible with the update. In this case, if the PC manufacturer is not issuing updates, then you will likely be excluded unless a third party driver is available.

Details are still a bit sketchy regarding how the update will be delivered, but my guess is that it will be similar to Windows 10, but hopefully without all the nag screens we experienced then. Compatible devices will likely be offered the OS upgrade through Windows Update, which you may be able to defer for a period of time. At some point compatible devices will have to be upgraded or lose support. This is unlikely to happen before 2025, but nothing has been published on this yet.

At the time Windows 10 was released (2015) it was announced that “instead (Microsoft is) changing the way it distributes improvements for the operating system in the future. Instead of releasing a whole new version every few years, as it’s done until now, Microsoft plans to improve Windows through regular updates“. Windows 11 is consistent with this since it will in all likelihood be distributed as a Feature Update. More to come on this as we get closer to the release date.

Beta builds will start to be delivered to Insider testers commencing 28th June 2021. If your hardware is compatible, you can register for Insider builds from the Settings app, but this should only be done on PC that is not the one you rely on daily since these builds will be very buggy and unstable. You will also have to do a full wipe and clean install of your PC if you want to go back to the stable release of Windows 10. In other words, DONT DO IT unless you know what you are doing.

My recommendation is that you don’t install Windows 11 on your primary PC’s until at least the first feature update (this is likely going to be an annual event from now on). Being a new release it will have a lot of bugs to be ironed out, and will likely be unstable on older hardware. I would give it at least 12 months before you start considering upgrades, unless Microsoft do what they did for Windows 10 and push the upgrade aggressively with nag screens every time you login/start up. You have until 2025 before this becomes an issue, and most company PC’s issued in the last year will likely be up for renewal by that time in any case. However, newer devices should support the minimum hardware requirements – this is a deal breaker if this is not provided.

What else is changing?

As with all feature updates, some features will be deprecated and some will be removed. The full list can be seen in this Microsoft blog. The main one from a security perspective is that Internet Explorer will be removed, although IE mode on Edge will still be supported. There are several under the covers improvements that improve support for Windows Defender as well as others still to be announced. Microsoft stated during the announcement that Windows 11 is the most secure version of windows yet – but they keep saying this with Windows 10 feature updates. It’s probably accurate, until the first vulnerabilities start to be exploited by hackers – expect this to start soon after its release.

Internet Explorer has been on a retirement line in Windows 10 for some time, with IE mode on Edge filling the gap for companies that have legacy web applications that only run on IE.

So, we have a new version of Windows being made available in December 2021 on new devices, and available for download at the same time. It will also be provided as a free update for compatible hardware.

Some of the new hardware requirements will severely limit upgrades, but realistically this will only hit you if your hardware is already out of support from your manufacturer. There are some noticeable security improvements, but the biggest change will be around the centralised start menu and changes to the desktop.

Last week (WC 13 June 2021) a beta build was leaked onto the Internet and a number of pundits and developers downloaded it – as they do. I think this build has now been removed, but it’s a moot point anyway since insider builds will be released soon. Zack Bowden on Windows Central produced a video of some of the new features of Windows 11, which you can see on YouTube below. It should be noted that this is a very early build and there still a lot of polishing to be done by Microsoft before its final release.

Bleeping Computer also did an article on the new UX improvements.

There are a lot of articles on the computer press about Windows 11. Some are speculative, some based on what has been officially released by Microsoft, some based on the leaked build. All this should be taken with a good pinch of salt since nothing is final yet. There are also a number of registry hacks based on the leaked build that allow you to re-instate various Windows 10 features. These should not be done on Windows 10. Also, unless you are a proficient technical user, keep out of the registry since changes here can seriously bork your device.

Clearly a lot more to come on this over the next 6 moths as the insider builds are released and as we get closer to the release date. Any security related announcements I will attempt to repeat on my software updates blog and guidance category.